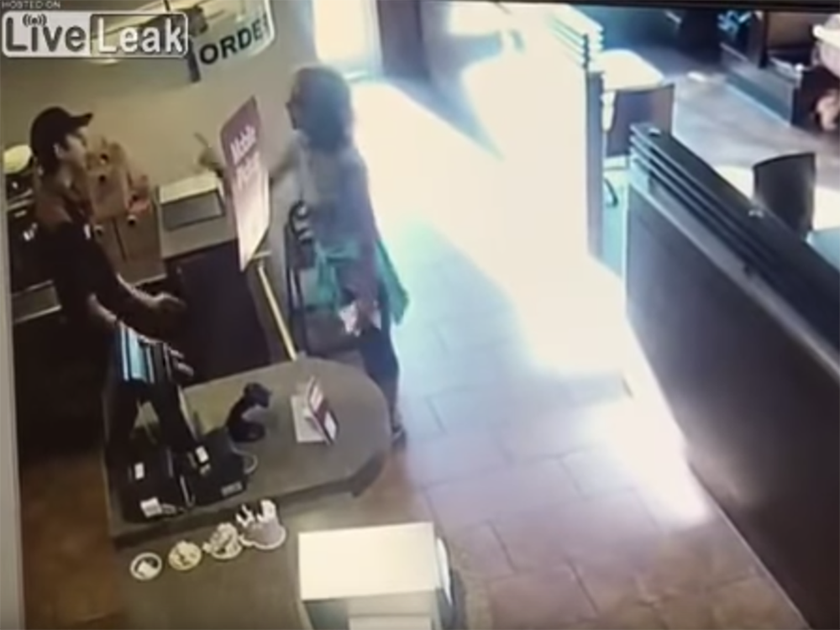 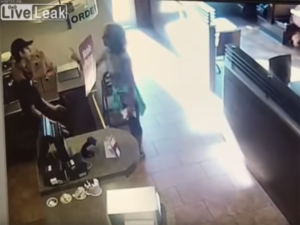 Hortons Monday ended in feces being thrown at staff.

On Wednesday, surveillance video showing Tim Hortons staff being harassed was posted on Liveleak and YouTube.

In the video, which has no sound, a woman can be seen screaming at staff before squatting on the floor and relieving herself. She then picks up the excrement and throws it at staff.

Women Poops In A Tim Horton’s and flings it at the staff.