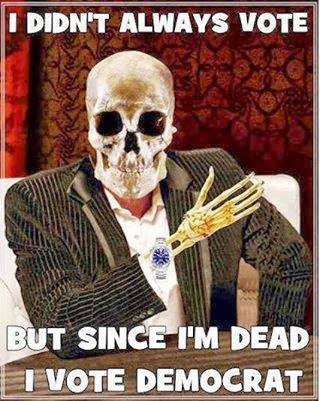 Not satisfied with simply emptying out the cemeteries to find voters, now any”body” that drives is subject to recruitment by the Democrats.

A bill signed Saturday by California Gov. Jerry Brown aimed at improving voter turnout has critics predicting that it will ramp up voter fraud by making it easier for non-citizens to cast ballots. 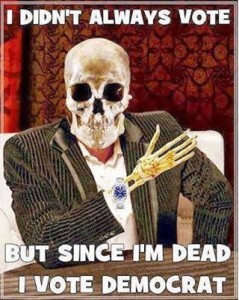 The New Motor Voter Act automatically registers to vote all eligible voters when they obtain or renew their driver’s licenses at the Department of Motor Vehicles, instead of requiring them to fill out a form. Those eligible may opt out of voter registration.

The goal is to ease barriers to voting, but election-integrity advocates warn that the measure could inadvertently add millions of illegal voters to the rolls, given that California allows undocumented aliens to obtain driver’s licenses.

Anti-fraud groups True the Vote and the Election Integrity Project of California had urged Mr. Brown, a Democrat, to veto the bill, saying it would lead to “‘state sanctioned’ voter fraud” and pointing out that the legislation exempts from penalties ineligible voters who wind up being registered.