Gonna get me some.  Maybe more than one pair.  Then some of those Mexican Pointy-toed boots would be a great fashion addition. 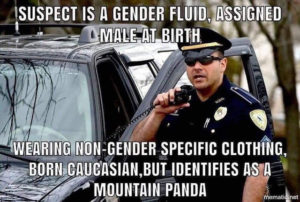 Nancy Pelosium, the densest element in the known universe, couldn’t get her way, had a meltdown, threw her weight around, and cancelled the State of the Union address.  Her actions are, in effect, the MOAB of dirty bombs in politics. Stealing from FDR, this will be “a date which will live in infamy.” 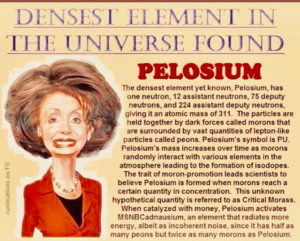 Democrats will block President Donald Trump from giving his State of the Union address in the House chamber until the partial government shutdown ends, House Speaker Nancy Pelosi said Wednesday.

After Pelosi’s announcement, the president appeared to give up on his earlier promise to go on with his speech as planned. He quickly said he would hold an unspecified “alternative” event and contended that the California Democrat is “afraid of the truth.” He called Pelosi’s move “a great blotch on the incredible country that we all love.”

“I see dead people. Their votes WILL BE COUNTED! Every vote counts or nobody’s vote counts.”

Smoke another doobie Willie, then pay your taxes.  And get some tofu for that “The Boys Gone Soy Tour.”

**Taxonomic Rank – In biological classification, taxonomic rank is the relative level of a group of organisms (a taxon) in a taxonomic hierarchy. Examples of taxonomic ranks are species, genus, family, order, class, phylum, kingdom, domain, etc.