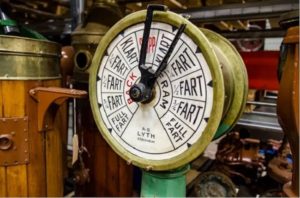 Rep. Alexandria Ocasio-Cortez (D-N.Y.) sought to explain a recent document from her office that linked “farting cows” to climate change, saying that

A set of frequently asked questions released by her office this month as part of the rollout of her “Green New Deal” proposal to fight climate change mentioned cow flatulence as a problem, but her staff later denounced the document.

Ocasio-Cortez didn’t directly defend the statement in an interview that aired late Thursday on Showtime’s “Desus & Mero,” but said that climate policy might need to look into reducing greenhouse gas emissions from agriculture.