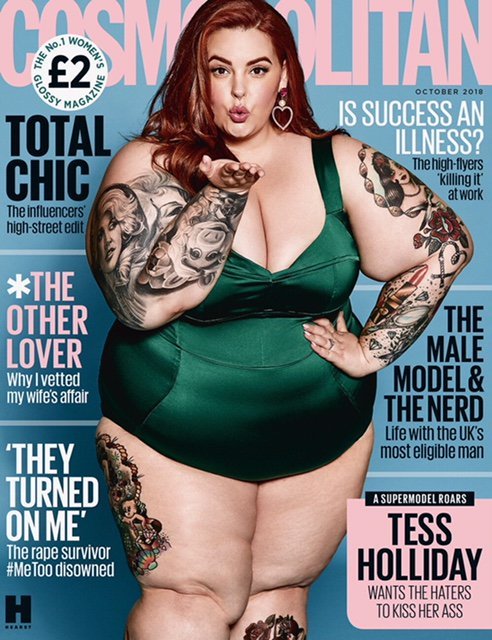 Way too much ink, don’t you think.

The HuffPost writes, “Tess Holliday Tells Critics ‘Not To Worry About My Fat Ass’ On Cosmo Cover“. 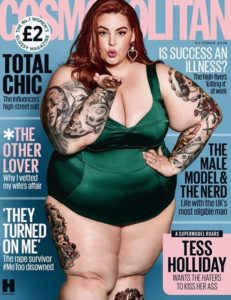 on the magazine’s October issue.

“As Britain battles an ever-worsening obesity crisis, this is the new cover of Cosmo,” he wrote Thursday on Instagram. “Apparently we’re supposed to view it as a ‘huge step forward for body positivity.’ What a load of old baloney. This cover is just as dangerous & misguided as celebrating size zero models.”

“To everyone saying I’m a burden to the British health care system, I’m american so you don’t have to worry about my fat ass,” the 33-year-old wrote. “Worry about what horrible people you are by whining about how me being on the cover of a glossy magazine impacts your small minded life.”