I guess it’s a commentary on our times, but there must be something more important than who’s got toilet paper and who doesn’t… 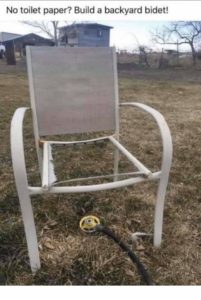 Now if he could fix the little on/off issue… 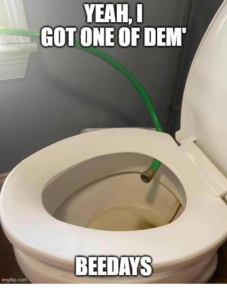