President Trump on Tuesday gave the go-ahead for construction of two controversial oil pipelines, the Keystone XL and the Dakota Access.

As he signed the paperwork in an Oval Office photo op, Trump said his 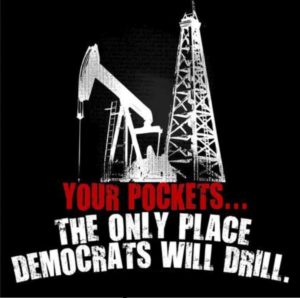 administration is “going to renegotiate some of the terms” of the Keystone project, which would carry crude oil from the tar sands of western Canada and connect to an existing pipeline to the Gulf Coast.

The pipelines had been stopped during the Obama administration. The State Department rejected a permit for the Keystone XL pipeline, and President Obama ordered work halted on the Dakota pipeline after Native American groups and other activists protested its route near culturally sensitive sites in North Dakota.