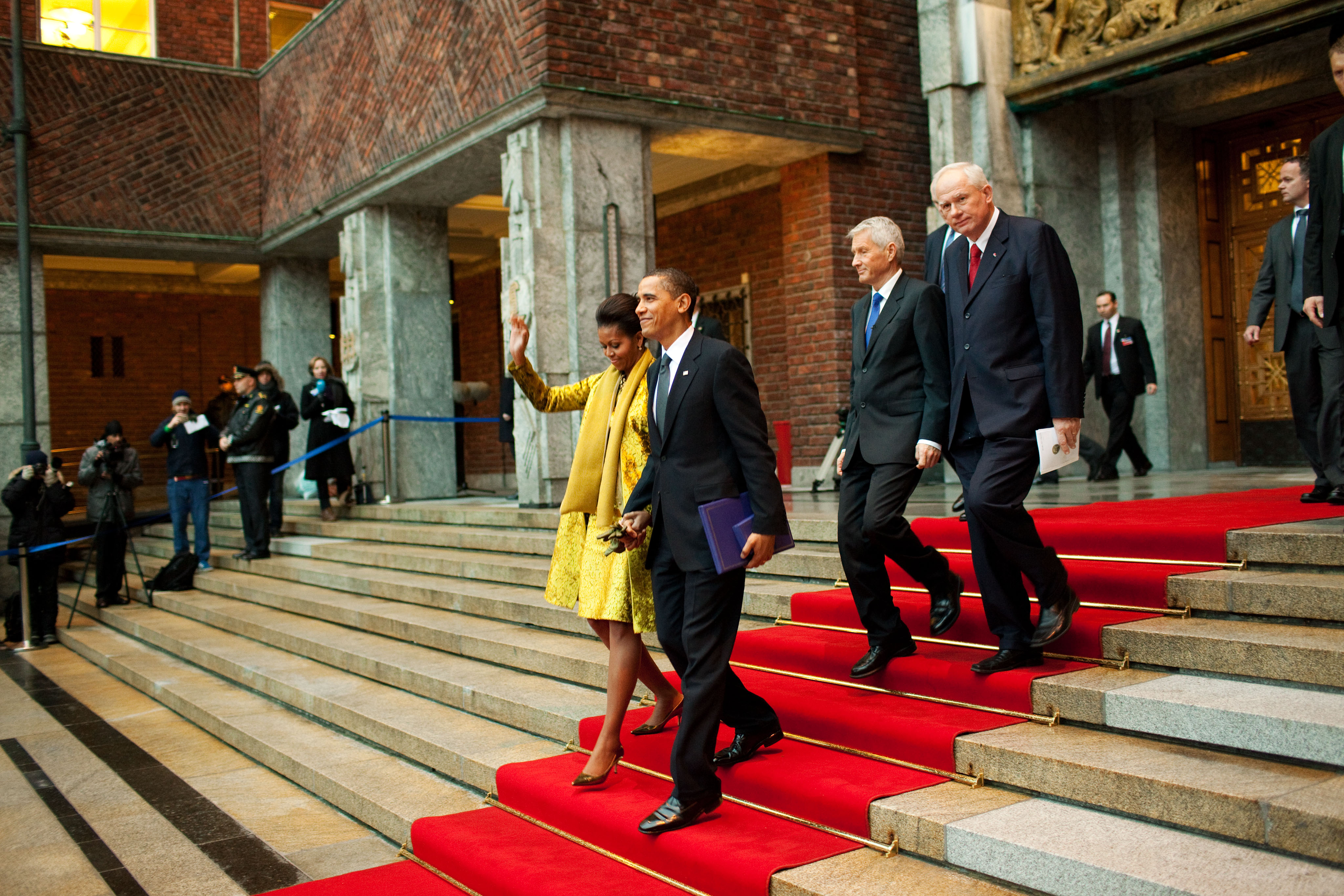 Ben forgot that his guy Barack Obama was nominated for a Nobel Peace Prize the month he took office. He didn’t do anything to get it. He just ‘talked pretty good liberalspeak’.

Thanks to Obama’s efforts, North Korea is getting really good with Nukes and the ability to deliver them anywhere in the US mainland. And, as if that wasn’t enough, he gave Iran a whole bunch of money and a sweetheart deal so they can do the same. But he and Michelle do cut quite a figure on the Red Carpet in Norway.

I remember when a President went to Oslo to accept a Nobel Peace Prize awarded to him for 'talking pretty' about a world without Nukes, and then giving N Korea and Iran the wherewithall to get and deliver them. Bad case of Buyer's Remorse in Norway.