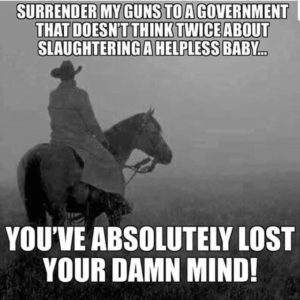 If you worried about the possibility of ObamaCare’s “Death Panels” being a reality and were only marginally reassured by Democratic protests that the term “Death Panel” was only political theater and such a thing could never happen…. Ask yourself then, why will the Democrats defend to the death (an unfortunate, but true pun) the right to murder a baby as it is being born.  It’s seems to me that a 2nd Amendment ‘friend’ would be good to have – just in case they decide to come for you.

STAND FOR THE SECOND IS A STUDENT LED, STUDENT DRIVEN MOVEMENT, ORGANIZING WALKOUTS AT HIGH SCHOOLS ACROSS AMERICA ON MAY 2nd.

Obama has been firing blanks in an attempt to solve the nation’s supposed gun violence problem.  After spending all of this time, energy, political capital, and “tears”, the only answer he found was taking everyone’s right to own a firearm away. You might say that his solution has been like “looking for love in all the wrong liberal places”.

The statistically logical solution has been staring him in the face–right from his own home town, Chicago.  Only 2 simple steps are required to eliminate over 96 per cent of all Chicago firearm homicides:

He could be a real “Liberal ” hero by following that simple approach.  The rest of the population if left alone will figure out a solution to the remaining 3.70% without infringing on anyone’s Second Amendment rights. 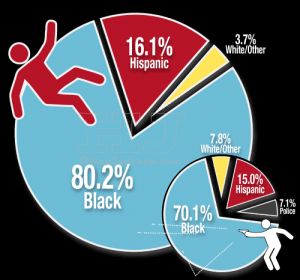 Hey. Don’t blame me for suggesting something as equally ridiculous as what Obama did. My solution, however, would work better than his and that’s a 96 per cent certainty.