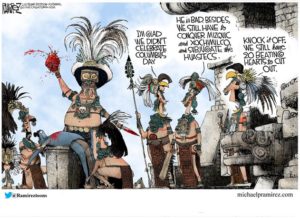 How to win friends and influence people in the Indigenous World.

As reported by NPR, “Columbus, Ohio, Is Not Observing Columbus Day This Year.”

Columbus, Ohio, is open for business on Columbus Day, as the city is not observing the day that honors its controversial namesake. The move will let it do more to observe Veterans Day, the city says.

Ohio’s capital city announced the move late last week, issuing a short news release to note that its offices are open on Monday, and that trash collection and parking laws will be handled as usual.

**Except for White Europeans. You go back to where you came from. 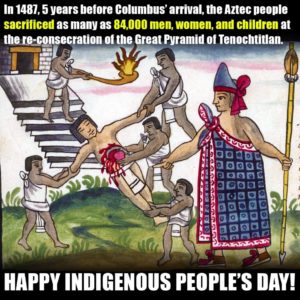 Cultural Appropriators – “Be careful what you wish for“.