Justin. First, you’ve got to lose the girlie-man socks… 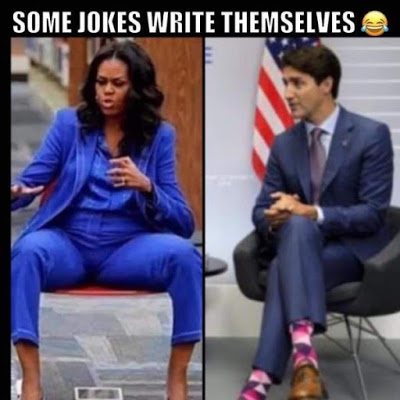 She’s been getting fashion advice from none other than Canada’s Prime Eyebrow, himself, Justin Trudeau. 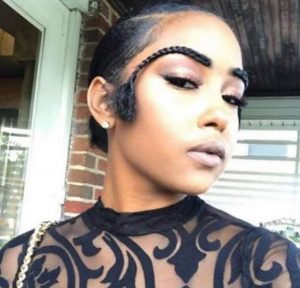 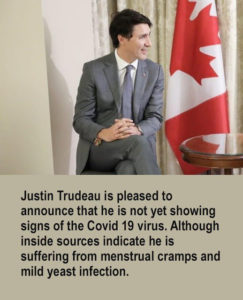 Do Ya Need Need To Call Your Lifeline, Girly-boy, Eh? 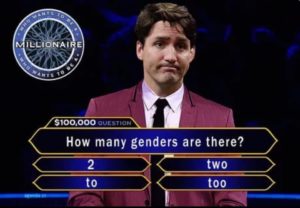 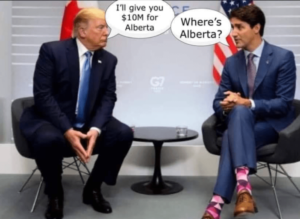 And ‘Wolf Whistles‘…and Straws, and Testosterone Supplements, and Balls… 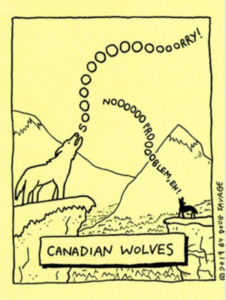 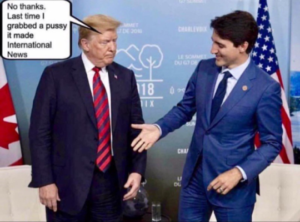 MTTA: Make Trudeau [A Drama] Teacher Again.  I personally thought the meme should have been “Make Trudeau A Drama Queen Again”, but most folks believe he multi-tasks quite well, so being a “drama queen” goes without saying.  He wears both hats very well, thank you.