‘Unfair to simply say everything is bad’ 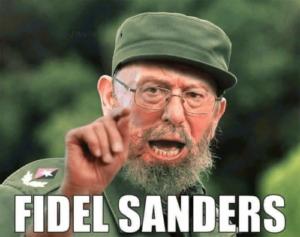 FoxNews – Sen. Bernie Sanders, the frontrunner for the Democrats’ presidential nomination, doubled down on his support for some of Cuban dictator Fidel Castro’s policies, saying in an interview that aired Sunday, “it’s unfair to simply say everything is bad.”

An almost amusing sight at Fidel Castro’s funeral procession: the car carrying his remains reportedly broke down and had to be pushed by soldiers. 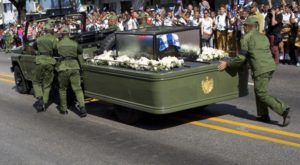 The vehicle was reportedly Russian-built.

Pictures of the scene quickly spread on Twitter, with people calling it a “fitting metaphor” for the Castro regime:  1) Look no further for Cuba metaphors – Fidel’s final journey ends with a breakdown 2) How fitting: The jeep carrying Fidel Castro’s ashes broke down and soldiers had to push it the rest of the way to the cemetery. 3) Cuban soldiers push Fidel’s broken-down funeral vehicle — an Econ teacher’s dream-come-true for a metaphor HT. 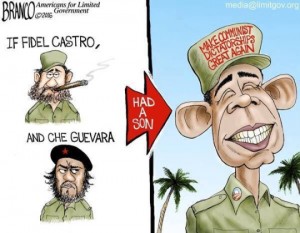