On the beach perfecting ‘his’ tan and ‘his’ runway strut. 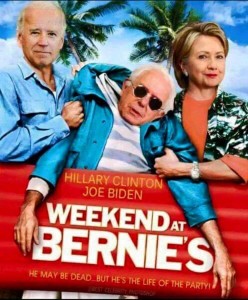 Sanders announced his decision to depart the race during a conference call with staffers and addressed supporters regarding the move shortly after.

“I wish I could give you better news but I think you know the truth,” Sanders said. “I have concluded that this battle for the Democratic nomination will not be successful and so today I am announcing the suspension of my campaign.”

“While this campaign is coming to an end, our movement is not,” he added. 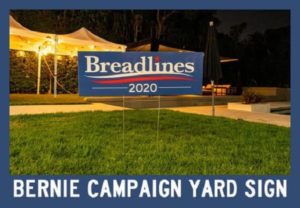 The Blaze reports, “Bernie Sanders’ campaign accused of unfair labor practices in complaint.”  You just can’t make this stuff up!!

The presidential campaign of Vermont independent Sen. Bernie Sanders has been hit with a National Labor Relations Board complaint alleging unfair labor practices, according 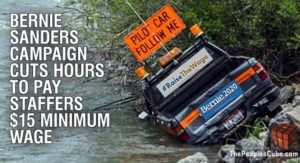 The complaint comes while the campaign is already dealing with some conflict and bad publicity over unionized campaign workers demanding $15 per hour minimum wage, something Sanders advocates for publicly but was not paying his campaign staff.

The complaint was filed anonymously on July 19 to the NLRB. The full charges have not been publicized yet, but they reportedly include illegal interrogation of employee(s), retaliation against staff, unlawful discharge of an employee, modifying a labor contract, and engaging in illegal discipline.

The next Democratic primary debate will take place on July 30 and 31 on CNN. The debate will be held in the city of Detroit, Michigan, at the Fox Theatre. Freebies will be served.

By whose definition of “palatable” are they palatable? Let AOC try them first. 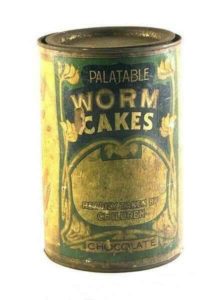 We’re off to the Cricketeria to have some Cucarachas y Soja Verde. 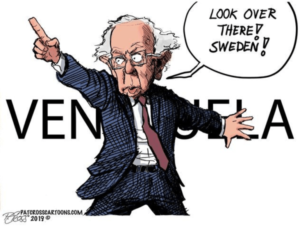 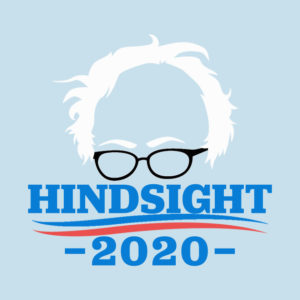 Back in black
I hit the sack
I’ve been too long I’m glad to be back
Yes, I’m let loose
From the noose
That’s kept me hanging about
I’ve been looking at the sky
‘Cause it’s gettin’ me high
Forget the hearse ’cause I never die
I got nine lives – Cat’s eyes
Abusin’ every one of them and running wild

From VPR, “He’s In For 2020: Bernie Sanders Is Running For President Again.” 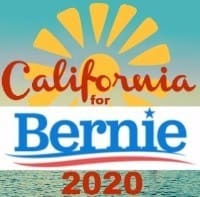