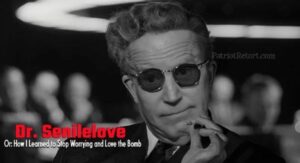 How I Learned to Stop Worrying and Love the Bomb 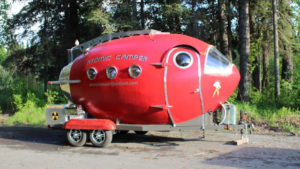 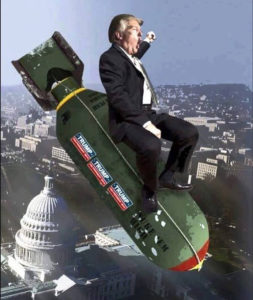 North Korean leader Kim Jong Un has decided not to launch a threatened missile attack on Guam, Pyongyang’s state media reported on Tuesday, but warned that he could change his mind “if the Yankees persist in their extremely dangerous reckless actions.”

If CNN reports it, it must not be ‘fake news’.  From CNN, “McCain: Russian cyberintrusions an ‘act of war’“.  An observation before the money quote, however.  It’s not all about you and Lindsay becoming relevant again, John.  Thank God you don’t have a ‘button’ and a ‘red phone’ and a 03:00 am call. 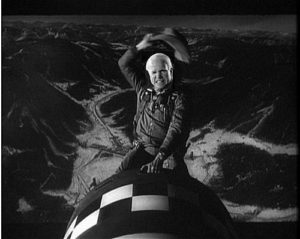 presidential election amounted to an “act of war.”

The Arizona Republican, who is chairman of the Senate Armed Services Committee, also has scheduled a hearing for next week on foreign cyberthreats to the US, which will also focus on Russian cyberhacking, a committee aide told CNN earlier Friday.

“Dr. Strangelove or: How I Learned to Stop Worrying and Love the Bomb” – Slim Pickens rides the bomb (1964).