But short of the cabinet invoking the 25th Amendment or impeaching and convicting the president, it would be unconstitutional to defy legal orders from the commander in chief, experts note.

Speaker Nancy Pelosi of California on Friday took the unprecedented step of asking the chairman of the Joint Chiefs of Staff about “available precautions” to prevent President Trump from initiating military action abroad or using his sole authority to launch nuclear weapons in the last days of his term.

In a phone call to the chairman, Gen. Mark A. Milley, Ms. Pelosi appeared to be seeking to have the Pentagon leadership essentially remove Mr. Trump from his authorities as the commander in chief. That could be accomplished by ignoring the president’s orders or slowing them by questioning whether they were issued legally.

But General Milley appears to have made no commitments. Short of the cabinet invoking the 25th Amendment or removing Mr. Trump through impeachment in the House and conviction in the 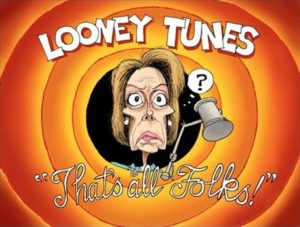 Senate, it is unconstitutional to defy legal orders from the commander in chief.

Ms. Pelosi’s request, which she announced to the Democratic caucus as an effort to prevent “an unhinged president” from using the nuclear codes, was wrapped in the politics of seeking a second impeachment of Mr. Trump.

Here’s Secretary of State, John Kerry, reassuring America that the Obama Administration is on top of the Military Coup in Turkey.  Do I feel reassured now?  Maybe not so much… 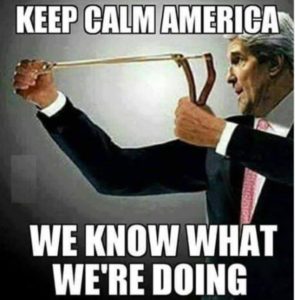