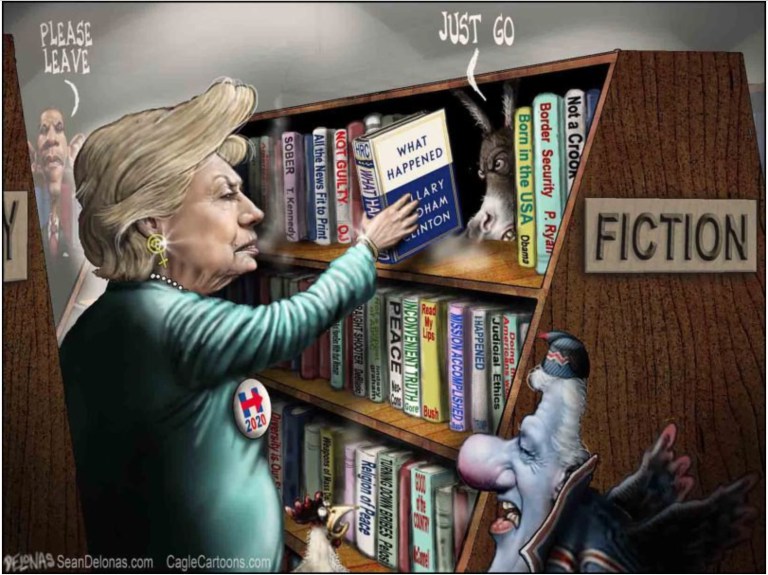 The painting, by Malika Favre, is called “The First.” This Washington Post’s report will bring a smile to your face:

It’s the “what if” cover — the image that the New Yorker planned to run if Hillary Clinton had won the 2016 election. … This week, the magazine decided to go 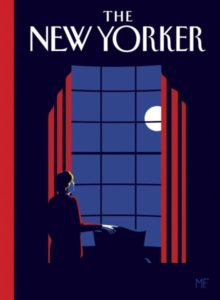 public with the illustration….
***
The image, by French artist Malika Favre, is titled “The First,” and depicts a historic President Hillary Clinton gazing at the moonlight from the would-be viewpoint of the Oval Office. …

“That image brings everything back to me in a flash,” New Yorker art editor Françoise Mouly said. “The night of the election, I was at the office late, hard at work with final retouching on [Favre’s] image. I was focused on the technical details, getting the face just right, and on the layout.”

“I was trying not to tune in the results coming in. I had not prepared anything else,” continues Mouly, who launched a cartoon newspaper called Resist in response to President Donald Trump’s victory. “Eventually the sense of dread that crept among the few colleagues still in the office eventually overwhelmed me, and I left.”

Suck it up Buttercup. Here’s a few more Hillary “Firsts” for you to #Whine about.