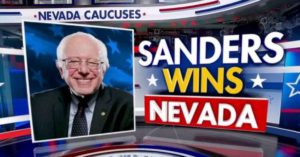 Bernie Sanders made an unscheduled flyover of the Republican Caucuses (some prefer caucii) in Nevada tonight.  His message was clear to all…. 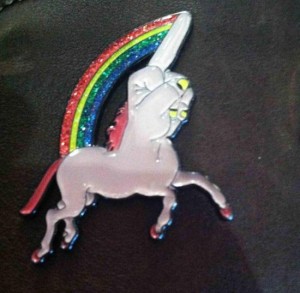 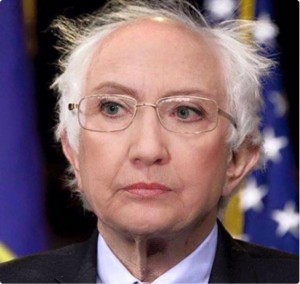 There’s going to be no more phony coin tosses for Bernie Sanders and Hillary Clinton. From none other than the NYTimes (even a broken clock gets it 2 times a day), “A Deck of Cards Could Determine Some Nevada Caucus Results.”

When in Las Vegas … what better way to break a tie in a political caucus than a deck of cards? 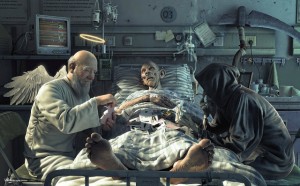 On Friday, the Nevada Democratic Party released answers to frequently asked questions ahead of the caucuses on Saturday.

The guidelines included the 250 caucus locations statewide…(and) also included what would happen if Hillary Clinton and Senator Bernie Sanders happen to tie on Saturday. Enter the deck of cards.

“In the rare circumstances where two or more presidential preference groups are tied for the loss or gain of a precinct-level delegate and have the same lowest or highest decimal,” the state party says, “groups must draw a single card from a deck of cards to break the tie. High card determines the winner.”