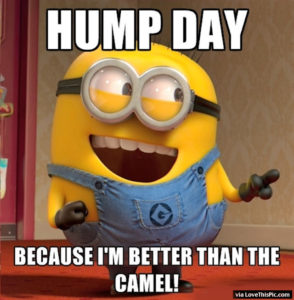 How Many Minions Can You Name? 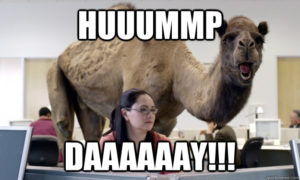 Now if you would have compared yourself to a goat that would have been far more information than I ever would need for my own mental health.  Thanks Minion. 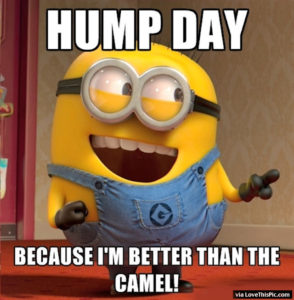 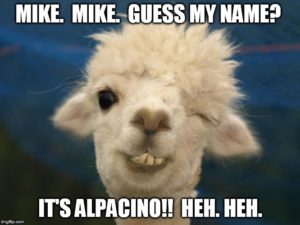 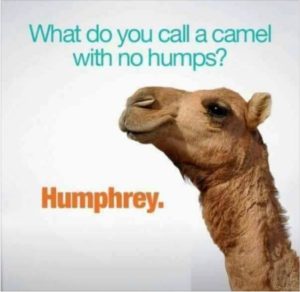 Couldn’t wait for ‘Hump Day’ to post this one. 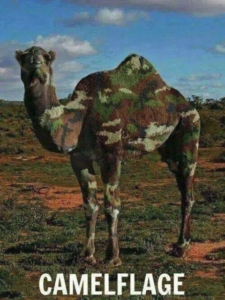 From the Times of India comes this stomach churning reminder that even if you named your camel Clyde, you still better not piss him off,  “Tied in heat all day, angry camel severs owner’s head“.

JAISALMER: Left in the heat with its legs tied all day, a camel attacked its owner and severed his head in anger in Rajasthan’s Barmer district on Saturday. About 25 villagers struggled for 6 hours to calm the animal down. 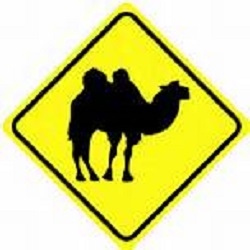 Urjaram of Mangta village was entertaining guests at his house on Saturday night when he suddenly realised that his camel had been out in the heat all day with its legs tied. He was attacked when he tried to untie the annoyed animal.”The animal lifted him by the neck and threw him on to the ground, chewed the body and severed the head,” villager Thakara Ram said. Villagers revealed that the camel had attacked Urjaram in the past as well.

As a general rule, camels are much easier to reason with when “It’s Midnight at the Oasis“.

Lamar Odom has nothing on Abdullah, here.  Lamar wanted a couple of girls for a hump, but Abdullah’s girls have a couple of humps.  And he says he don’t need no stinkin’ Viagra, either. 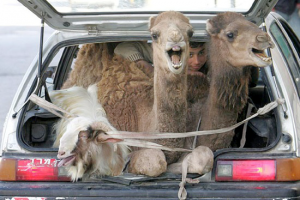 The Urban Dictionary – Menage a trois

Not sure here whether Mo is writing a love letter to his camel,