Can you only imagine….

Just like a broken clock, even Calypso Louie can be right occasionally.  Hillary as Satan?  Maybe I’m up for a Million Man something or other.

Sunday at the Nation of Islam, Louis Farrakhan said don’t “fall” for Democartic presidential candidate Hillary Clinton’s “crap” on African-American issues because she and her husband, former President Bill Clinton are responsible for mass incarceration of black people. 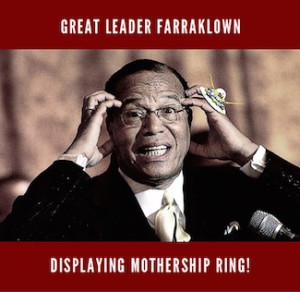 Farrakhan said, “How many of you are going to vote for Hillary Clinton? You don’t have to raise your hands. I do not blame you for wanting a female president, but that is a wicked woman. She can be sweet but so can you. And you know when you are sweet but playing a game.  All of a sudden she knows about Trayvon Martin. All of a sudden—the boy’s been dead two years now—she talking about him like she met the mother and oh…  White people this is Satan. And you fall for that crap? Most of you went to jail for having a little blunt. They arranged that—the Clintons. Mass incarceration  came about under the Clintons, Don’t forget that. They call my 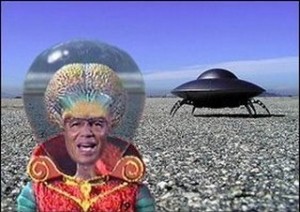 young gang bangers super predators. And Black Lives Matter put it to her—she didn’t know how to handle that. Call you a super predator, that has no conscience, no sense of  dignity like you are a dog, an animal.