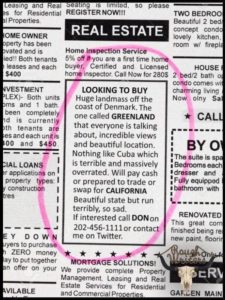 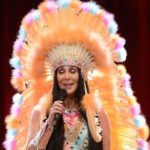 From The Daily Caller, “Pop singer Cher seemed to do an about-face on the immigration issue, questioning why a city and state that “isn’t taking care of its own” should bring in and “take care of more.”

Cher’s position is a 180 degree reversal from a September 2017 tweet, when she offered to “take a dreamer” into her home and business.

“Those Who Can Must Take a DREAMER In2 Their Home & Protect Them,” she wrote. “I’m Ready 2 Do This & Others in MY BUSINESS WILL DO THE SAME. SANCTUARY.”

It's never too late to have that "Light Bulb" moment.

You may find out just who your true friends are….and who they aren't.

This is the horde. 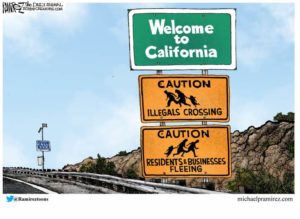 said on Wednesday that President Donald Trump is like a slave owner and Nazi for referring to MS-13 illegal immigrant gangsters as “animals.” He also added that Trump’s “hateful rhetoric” can lead to “hate crimes” and “genocides”

Perhaps the rest of us should give Mr. Newsom the opportunity to “practice his preaching” and offer any MS 13 gang member interdicted in any of the other continental 47 States a choice: A) Go to jail and then be deported, or B) Accept a Bus Ticket to California and $300 Bucks for munchies and pot to help get settled in to Mr. Newsom’s Neighborhood.

Trump was talking about MS 13, Gavin, and you know it. The same MS 13 that “kidnap, extort, rape and rob.” The ones that “stomp on their victims, beat them with clubs, slash them with machetes, and stab them with knives, and transform neighborhoods into killing fields." pic.twitter.com/f7f8Nb5lYt 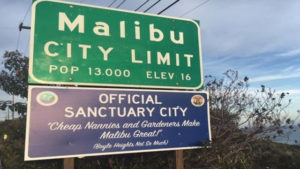 With a little luck, legal pot, and Governor Moonbeam’s assistance all the lower-shelf type individuals that “Flyover Country” could do without will make their way to Sanctuary California.  As a matter of fact, most Red State crime problems could be solved with a bus ticket and $200 bucks for pot and munchies.  It would work. 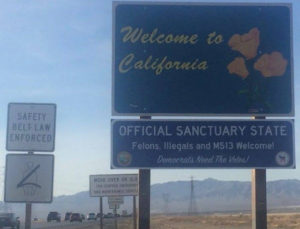