Click Door Three to see what you got from the Saudi Consulate Gift Shop.  Hint.  It not a coincidence that Door Three looks quite “medieval“.

The world’s largest crude exporter, Saudi Arabia has lost its leading position in nine of the 15 top markets in the past three years reports the Financial 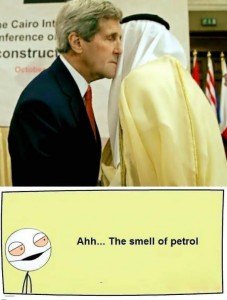 According to the analysis, the kingdom lost ground in China, South Africa and the US between 2013 and 2015, despite the goal of maintaining its crude market share amid the oil glut.

“Saudi Arabia has had very difficult time selling oil in this environment,” Citigroup analyst Ed Morse told the FT. “Its rivals are going into a very crowded market in a very aggressive way.”

Saudi Arabia’s share of Chinese oil imports fell from more than 19 percent in 2013 to almost 15 percent in 2015, because of increased supplies from Russia.