My guess, Charlie, is that no one within 2000 miles East or West of Houston would give a good fuck whether or not Abdullah and his Merry Band of Throat Slitters paid a return visit to your Offices.  Hard to believe, isn’t it, after that misplaced Kumbaya moment a couple of years ago.

The newspaper’s latest issue takes aim at a new target: the victims of the catastrophic Hurricane Harvey, which hit Texas on Friday, killing at least 35 people, displacing 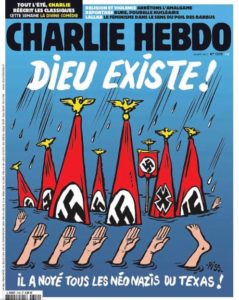 thousands and causing billions of dollars in damage.

The art on the Charlie Hebdo cover shows swastika flags and hands raised in what looks like Nazi salutes poking out above floodwaters. The text reads: “God exists! He drowned all the neo-Nazis of Texas.” The illustration is an apparent reference to Texans’ support of Donald Trump, who won 52.6 percent of the state’s vote in the presidential election. 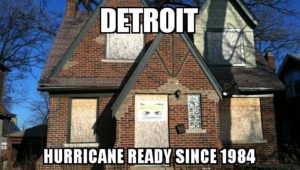 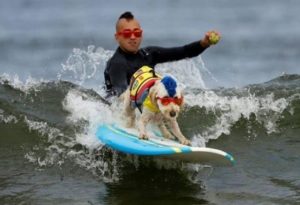 Aerial – a surf maneuver where a surfer hits the crest of the wave and flies through the air
A-frame – a wave peak breaking left and right with perfect shape
Aggro – an Australian expression for aggressive surfing or aggressive surfer
Alaia – a surfboard made of wood originally used by Hawaiians to surf breaking waves, in the late 19th century
Aloha – a Hawaiian greeting that means “hello” or “goodbye”
Amped – excited, stoked
Backdoor – when a surfer pulls into a hollow section from behind the section
Backside – when a surfer rides with his back to the wave
Backwash – when a wave sweeps up the beach and returns to the ocean, sometimes colliding with incoming waves

Carlos Santana and Rob Thomas could be celebrating the fact that Hurricane Harvey’s not coming to Harlem. 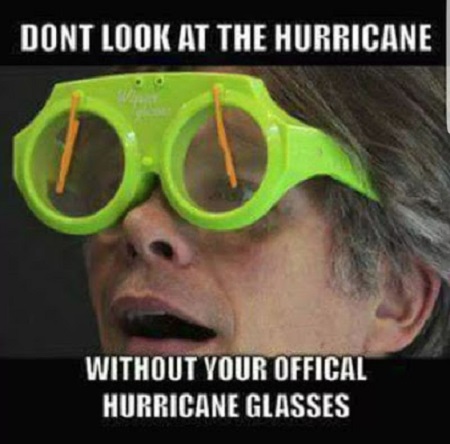