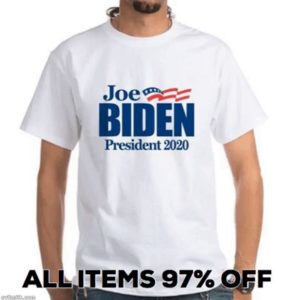 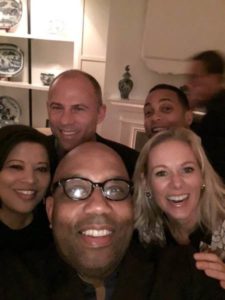 The jury’s decision in U.S. District Court in Manhattan came after a three-week trial for the California lawyer, who faces a statutory maximum of 42 years in prison when he is sentenced in June.

Watch as “The Media” Dubs Michael Avenatti ‘Savior of the Republic’. 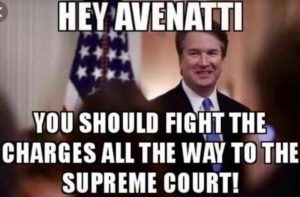 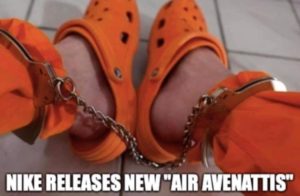 The lack of Erik Wemple’s capacity for critical thinking is jaw-dropping. He cheers FakeNews CNN 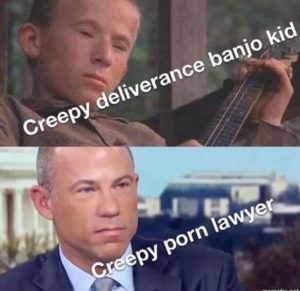 and FakeNews MSNBC for ditching a Sarah Sanders White House Briefing that “included national security adviser John Bolton, Treasury Secretary Steven Mnuchin and National Economic Council Director Larry Kudlow.” Discussing Venezuela. A revolution, or coup, in our Western Hemisphere. Affecting all of us.  Smart. That certainly seems like a smart choice, Erik. Let’s dig Michael Avenatti out of whatever hole he’s crawled into and put him on another hundred times.

The utter irony of Wemple saying both MSNBC and CNN defended their airwaves from the often bogus Trump Official pronouncements is delusional. Aren't these are the same two networks that had Michael Avenatti on 108 times (CNN 65 times & MSNBC 43 times) between March 7 and May 10.

Things “Michelle” Avenatti could have said but was beaten to the punchline by Rodney Dangerfield.

When I was born I was so ugly the doctor slapped my mother.

My psychiatrist told me I was crazy and I said I want a second opinion. He said okay, you’re ugly too.

I was so ugly my mother used to feed me with a sling shot.

I worked in a pet store and people would ask how big I would get.

On Halloween, the parents sent their kids out looking like me.