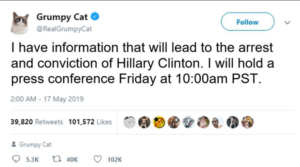 Grumpy Cat, the grouchy-faced furball that launched a thousand memes, is dead.

“Grumpy Cat, arguably the internet’s most popular cat and one of its first viral memes, has died aged 7.”

The furry sensation’s family announced her death on Twitter on Friday.

Some internet Clinton Conspiracy Theorists are pointing out that the average lifespan of a kitty is twice what Grumpy’s was. Shades of Vince Foster and Seth Rich. 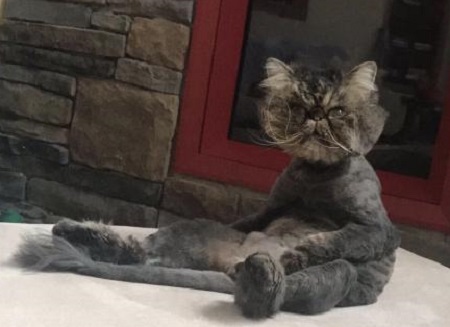 The Grumpy faces tell it all.  304 Electoral Votes for Donald Trump, the next President of the United States of America. 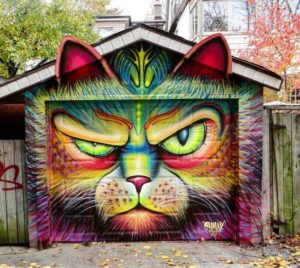 Darwin says that you just can’t make this crap up!  This is one thief that cooked his own goose, err, genome. 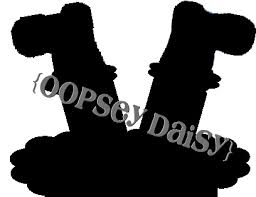 botched burglary attempt died Saturday after the homeowners lit a fire in the fireplace, the Fresno County Sheriff’s Office said.Lt. Brandon Pursell said deputies received a 911 call to the 16000 block of West Gale Avenue just before 3 p.m. After lighting a fire, the male homeowner heard screaming coming from somewhere inside the house. When the resident realized a person was in the chimney, he extinguished the fire.

Darwin also notes that this smoked dude’s balls and brain in all probability can’t be distinguished from your average chimps pieces and parts.

Deputies and firefighters had to smash the chimney to get the man out. He was

pronounced dead at the scene. The Fresno County coroner will perform an autopsy to confirm a cause of death. The man’s identity is being withheld pending notification of his family.

Investigators believe he had attempted to break into the home sometime during the evening hours of Nov. 27. He had remained in the chimney all day.

Grumpy cat offers his observation, too. 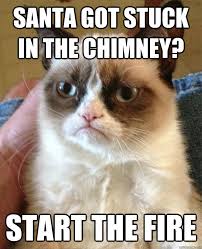