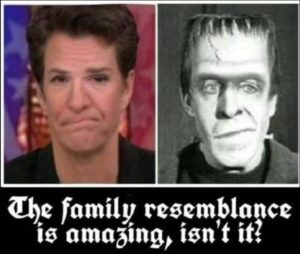 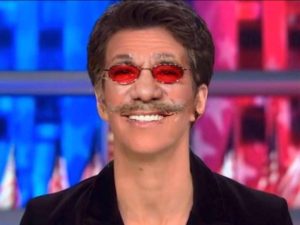 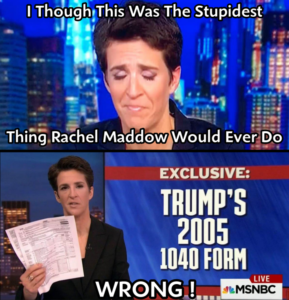 Rachael Maddow’s “scoop” proved that Donald Trump paid enough taxes to keep Rosie O’Donnell from starving.  And believe me, that took a ‘bigly’ amount of taxes (more than $38,000,000) to do. 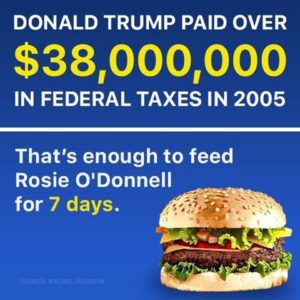 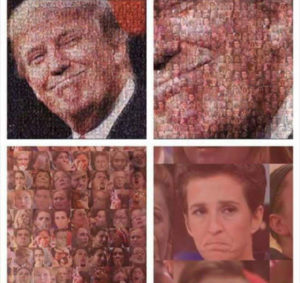