President Trump offered the new Ambassador some advice – bring some candles, don’t drink the water, never ask what’s on the dinner menu and always keep a bottle of hot sauce handy, and, most importantly, bring your own toilet paper.  Congratulations on being able to live your dream. 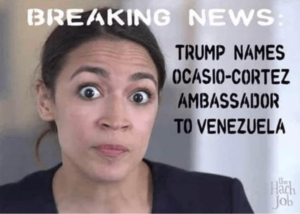 As mentioned in an earlier post, “Venezuela – Just Another Democratic-Socialist Shithole” has drinking water straight out of a ‘socialist’ sewer. But meanwhile in Flint, MI the “Newest testing shows lead in Flint water at lowest level since water crisis started.” So the question of the day is, “Would you like your drinking water flavored with a little ‘lead’ or a little ‘poop’? 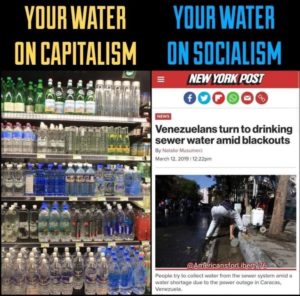 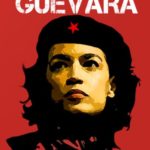 Alexandria Ocasio-Cortez, Democratic-Socialist and former bartender, have a drink of what Socialism brought the Venezuelans.  Then take your case of dysentery to a hospital in Caracas – that is, assuming there’s any electricity, clean water, or medical supplies left in the city.

As Venezuela’s five-day power blackout left homes without water, Lilibeth Tejedor found herself looking for it on Monday in the last place she would 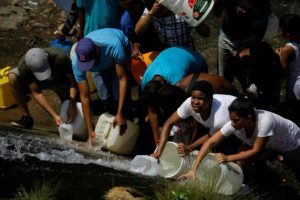 have imagined – a drain pipe feeding into a river carrying sewage through the capital, Caracas.

Unlike the fetid liquid flowing through the Guaire river, the water emerging from the pipe was at least clear. Those who gathered to collect it said the water had been released by local authorities from reservoirs. 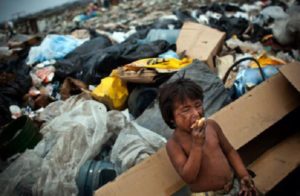 Rep. Ilhan Omar (D-MN) doesn’t think that there is a humanitarian crisis in Venezuela. She is so consumed by Trump Derangement Syndrome and hatred for U.S. Foreign Policy that she’s blinded by the obvious. Trump doesn’t control the World Press, Ms. Omar.  Just read the ‘effing news.  Or LMGTFY….

All the latest news about Venezuela crisis from the BBC.

Venezuela in crisis: All the latest updates | News | Al Jazeera

Venezuela has plunged into a major political crisis amid a growing row over President Nicolas Maduro’s future as the country’s leader. Maduro started a second … 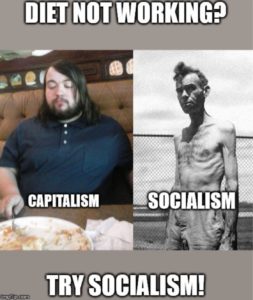 Tired of paying those big $Bucks for Weight Watchers, Jenny Craig, or NutriSystem diet plans that don’t work because your end up eating an entire month’s worth of food portions in a week?  No willpower?  Remove temptation and remove the need for any willpower or self-restraint.  Vote for Socialism.  That’s right!  A vote for Democratic-Socialist Bernie Sanders or Alexandria Ocasio-Cortez (or any of the other taggers-on pretenders) could mean that you might lose more weight than you ever thought possible.  And the only workout needed is to pull that voting lever for a Democrat.

Uncle Sam blowing out his flip-flops works better than a Nike blowout especially when it’s a lead in to Jimmy Buffett’s “Margaritaville“. 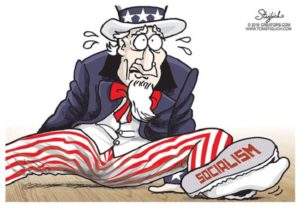 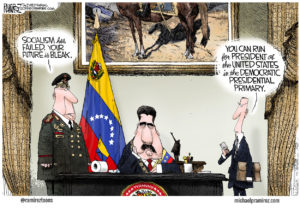 And the winner is….Miss Venezuela. 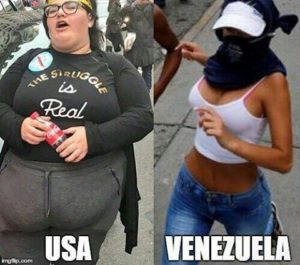 Even vegans in Venezuela can’t be convinced to eat All-Bran.

Here’s what’s on my barbie.  Vegans.  What’s on yours? 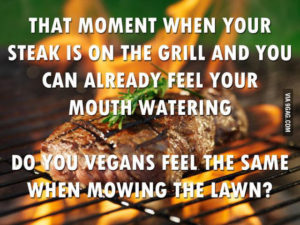