Support and respect women, Kathy?? Then why use the 'C-Word' to denigrate someone with whom you disagree. It would seem logical that if one wants women respected, not using a vulgar slang term for the part of a woman's anatomy that makes her a woman would be the place to start. 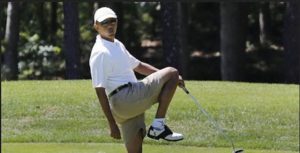 Had that been G.W. Bush, or any Republican President, the world as we know it would have come to an end.  But President Obama, he just “tee’s” up another round of golf — he’ll do something next Tuesday.  Maybe.  Unless he finds out where Malia’s keeping her stash.  Then it will be whenever.

“Little Lindsay” Graham put on his big boy pants and volunteered to take over Donald Trump’s candidacy should “The Donald” decide to bail because of bad polling numbers.

Mr. Trump was heard telling one of his handler’s to send “Little Lindsay” a reminder to zip his fly before opening his mouth. 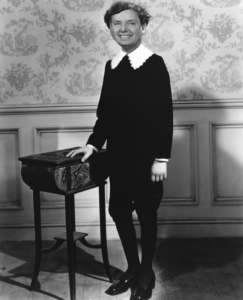 Cigars, T-Shirts and Humiliations were the only Diplomatic Offerings the Obama’s brought back from Cuba.  Is it just me or does Mooch wear a cigar better than Bam?  Just sayin’.

Wait for it.  Wait for it.  Ouch!!  And there’s more where that came from.  You better just hope I don’t draw you a Red Line.

Here’s the report from The Washington Post, “Someone wrote ‘Trump 2016’ on Emory’s campus in chalk. Some students said they no longer feel safe“.

Students woke up Monday morning to find messages written in chalk all over campus, in support of Donald Trump. That afternoon, a group of 40 to 50 students protested. According to the student newspaper, the Emory Wheel, 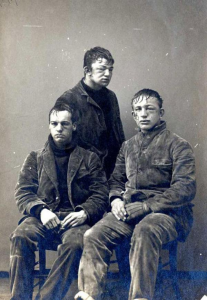 they shouted in the quad, “You are not listening! Come speak to us, we are in pain!” and then students moved into the administration building calling out, “It is our duty to fight for our freedom. It is our duty to win. We must love each other and support each other. We have nothing to lose but our chains.”

Jim Wagner, the president of the university in Atlanta, met with the protesters and later sent an email to the campus community, saying, in part, “During our conversation, they voiced their genuine concern and pain in the face of this perceived intimidation.

The story spread quickly, as media such as Reason mocked, “At Emory University, Writing ‘Trump 2016′ on Sidewalk Is a Racist Microaggression …,” with references to students needing “trigger warnings” and “safe spaces” to protect them from presidential candidates’ names and slogans. For many, it was another sign of college students being so overly sensitive that even political campaigning could be seen as hate speech.

This mashup is from the Washington Free Beacon.  Who’s the real leader here?  Clue.  It’s not the guy in the suit.

So what is an H Bomb really worth at the Negotiating Table? 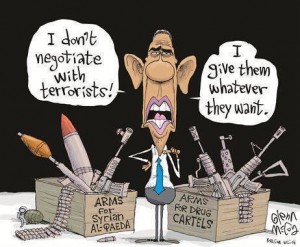