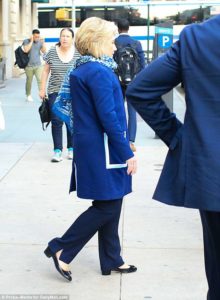 What’s Hillary got going on anyway? “The bulge is back! Hillary Clinton wears another over-sized coat with a suspicious protrusion sticking out”, reports the Daily Mail. 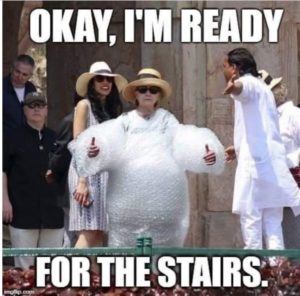 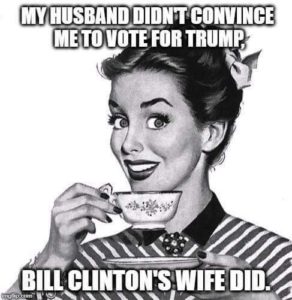 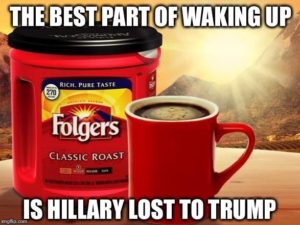