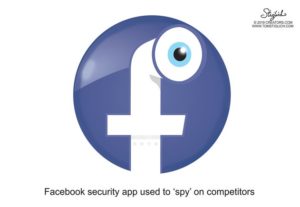 Do you want an alternative to the censorship of the SJW’s at Facebook and Twitter?  Give the new commenting and social news platform Parler.com a try.  Need some encouragement to make the move, read about Project Veritas’ newest scoop about Facebook conservative censorship.  From the Gateway Pundit.

The start of this unfortunate commuter’s week is rivaled only by the State of CNN’s, Jeff Zucker’s, Union. One could say Mr. Zucker’s week could only get worse if James O’Keefe were to release another expose on the Mainstream Media’s feckless coverage of the ‘FakeNews’ Trump-Russia Collusion story. Oh my. There is another video, “NEW VERITAS VIDEO: American Pravda: CNN“.  Click to watch.

Stay tuned for our coverage of CNN’s own Jim Acosta on the floor of the White House Briefing Room, kicking, flailing and throwing a screaming tantrum fit, because Sean Spicer was ignoring him.

In this explosive new video from Project Veritas Action, a Democratic dirty tricks operative unwittingly provides a dark money trail to the DNC and Clinton campaign. The video documents violence at Trump rallies that is traced to the Clinton campaign and the DNC through a process called birddogging.

A shady coordinated communications chain between the DNC, Clinton Campaign, Hillary Clinton’s Super PAC (Priorities) and other organizations are revealed. A key Clinton operative is on camera saying, “It doesn’t matter what the friggin’ legal and ethics people say, we need to win this motherfucker.”